Today in Probability and Statistics we reviewed the article The Immediate Impact of Different Types of Television on Young Children's Executive Function from The American Academy of Pediatrics.  This article looked at four different tasks to measure executive function across the three treatment groups: fast-paced television, educational television and drawing.  Children were randomly assigned to one of the treatment groups and a table from the article (seen below) shows that the groups were fairly similar.  But does randomization always matter?  Will randomization tend to create groups that are similar? 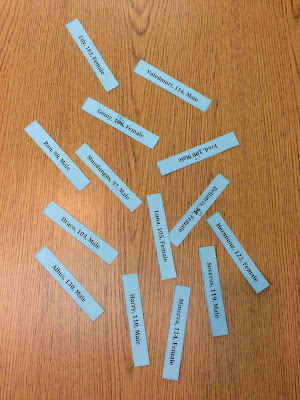 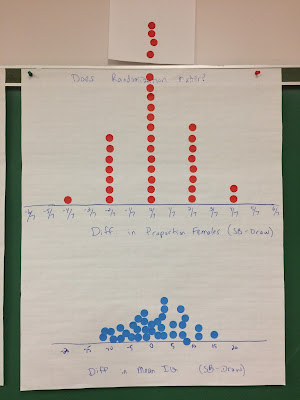