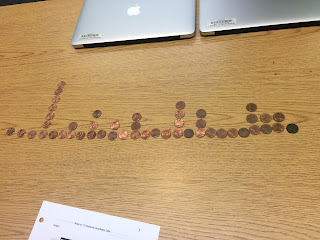 Today in Prob/Stat students worked in groups of 3-4 to create a distribution for the ages of pennies.  One group even organized their pennies in a dotplot of pennies.


Once we combined all the data we
had the following dotplot at the front
of the room. (The right tail 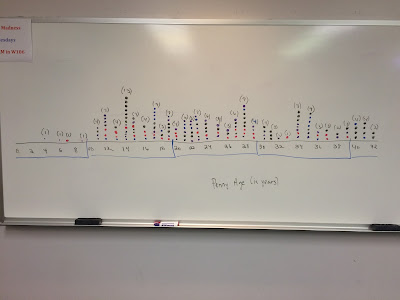 ended up at 59, but I erased part of it and then snapped this picture.) There are more younger pennies than older pennies, but it was clear to see that creating a dotplot like this by oneself would not have been very practical.  Our final dotplot had 180 observations!!  Clearly dotplots are better for smaller data sets.   What would be a better way to organize the data?  A histogram! 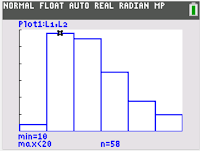 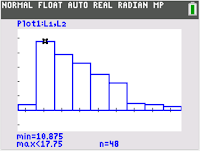